Posted on March 24, 2014 by Sherry Laskey | Comments Off on Reiver Dragons

Just had someone ask about Reiver Dragons , so I thought I’d post some info on them….

When I first designed this little dragon it was called a Whippersnapper and was very hard to make, turning all those little fingers and toes took too much time.  So the next try was slightly bigger and I used a lycra fabric- which made turning much easier. I re- named the design to Reaper dragons. But over the years, every one wanted to figure out how to get them to be shoulder dragons.  But they were too short to really fit on a shoulder well.

Recently I have been giving the Reapers some upgrades per special orders and I liked the looks so much I did some further tweaking of the the design, and came up with the Riever Dragon.  I have now retired the old Reaper Dragon Pattern and only make the Reiver Dragon.  This gives me three sizes of shoulder dragons. 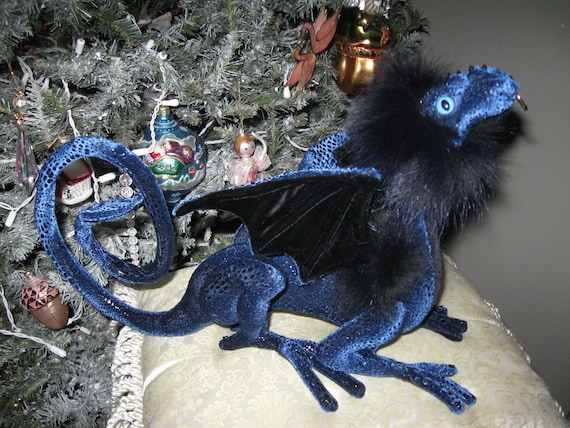 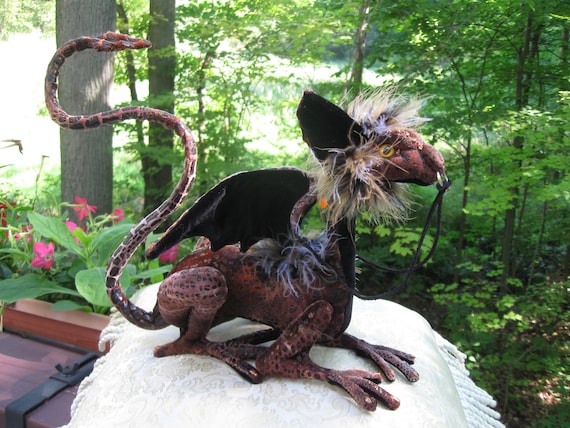 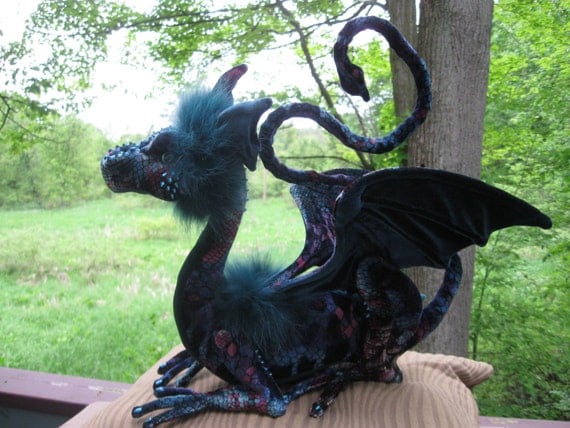 A special order dragon, I have named this pattern – Reiver Dragon 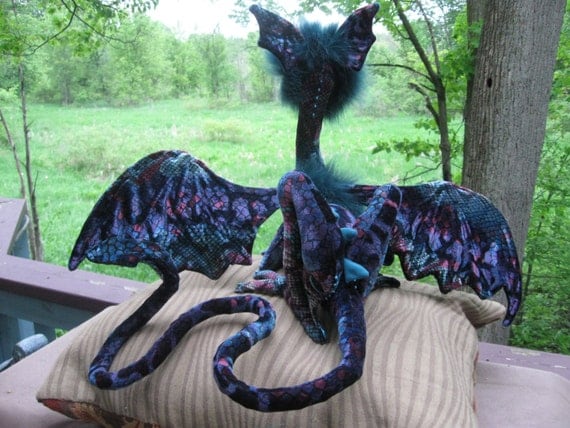 Notice the body, and wings are a bigger and the tail is much longer.

This is a new dragon design for 2014 – modified from the Reaper and Guardian designs I combined the best of both, it has a larger body than the Reaper, bigger fully wired wings, larger fan shaped ears, and has a 42 inch armature- measured from the head, along the back to the tip of the tail. The longer tail enables the dragon to balance on a shoulder better.

The arms, legs, fingers, toes and wings are wired and may be carefully arranged. Basically, it is now the smallest of the Percher shoulder dragons.

Comments Off on Reiver Dragons

Posted on March 19, 2014 by Sherry Laskey | Comments Off on Making Dragonflyers and Dragon Daggers 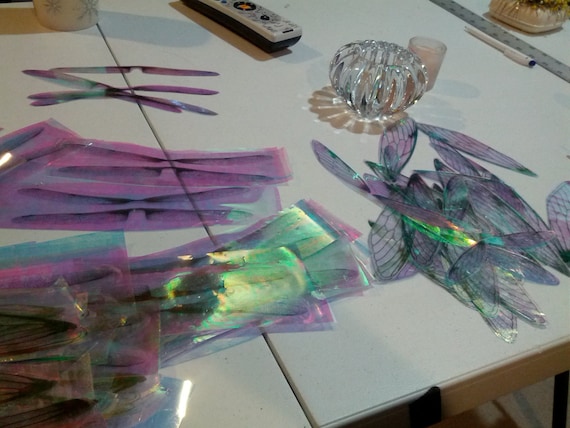 First task, making the clear faerie wings..Thanks Tiff for all the pointers. The dragon daggers will have cloth wings.

I’ll be making a bunch of these little guys for the Faerie Fest in May,  hopefully they will have been worth the lost sleep…and will be well loved. 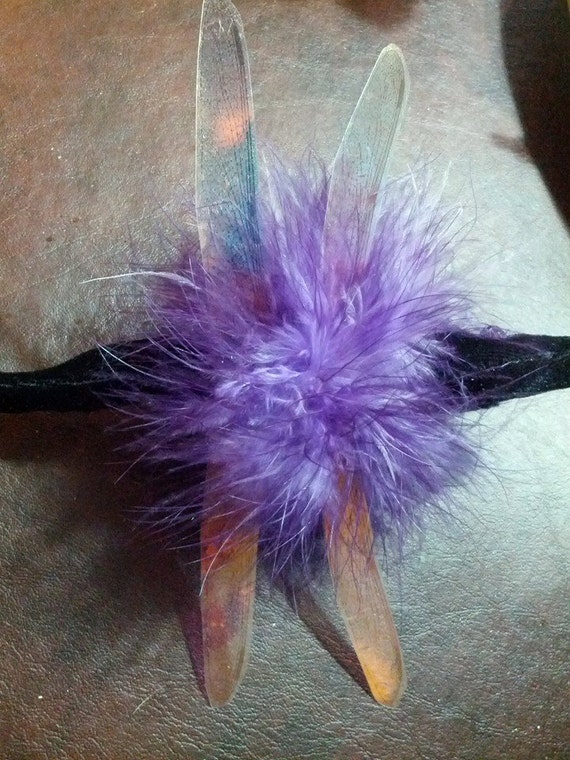 Wings sewn onto the clip on body, then some fluffy fun added. 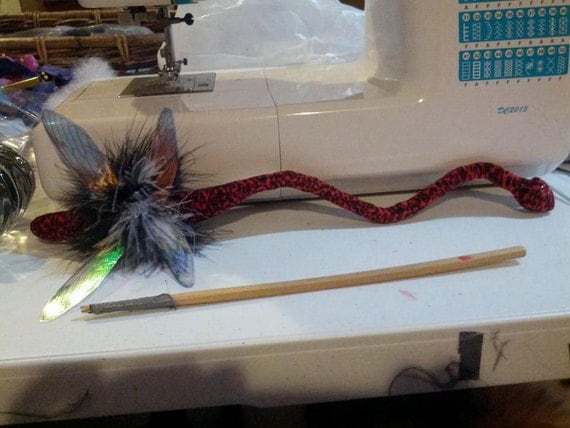 These dragons are very fun to have around , they can be clipped onto clothing, in your hair, or on a hat brim.  I have even used swarms of them to decorate  our Christmas tree…

Comments Off on Making Dragonflyers and Dragon Daggers 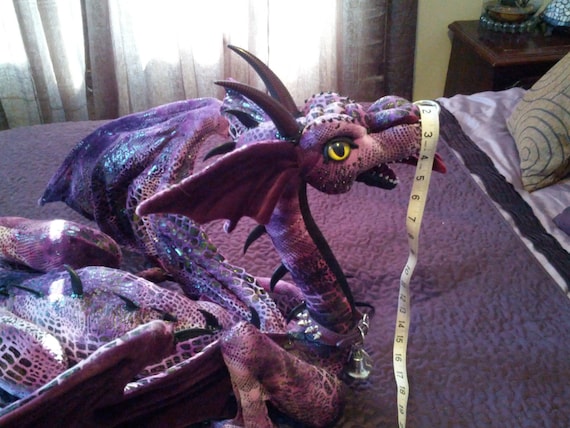 Laying on a bed

Cosimo has been a grand adventure, with many turns and unexpected outcomes…He is 99.9% finished. 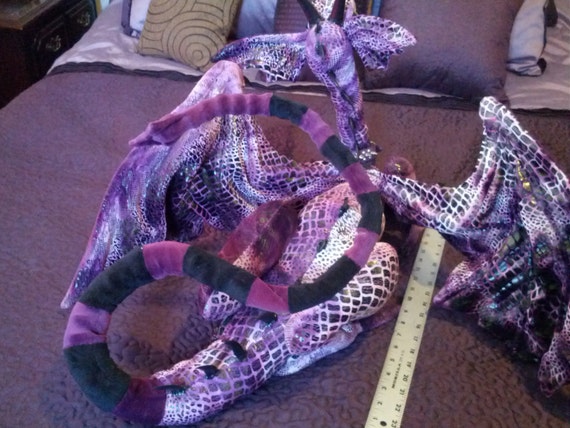 He has a long ring- tail of black and purple….so many little pieces to sew together…
I sculpted him with an open mouth, gave him a forked tongue and a nose ring.
Instead of fabric horns , Cosimos new horns were Jewelery findings from the craft store they are wooden and actually very light for their size, and had a loop on the end to make sewing and gluing them in place much easier. 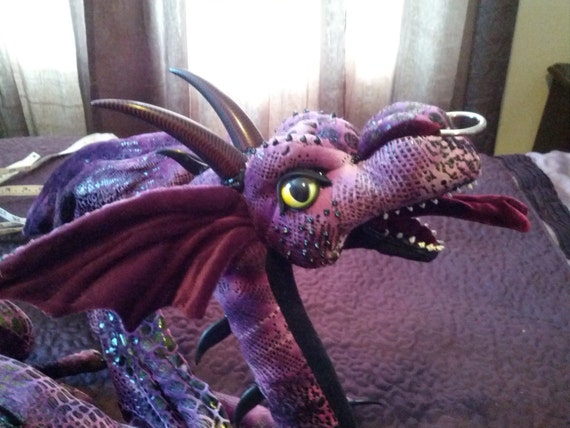 He has texture painted teeth and gums, and large green eyes with eyelids. 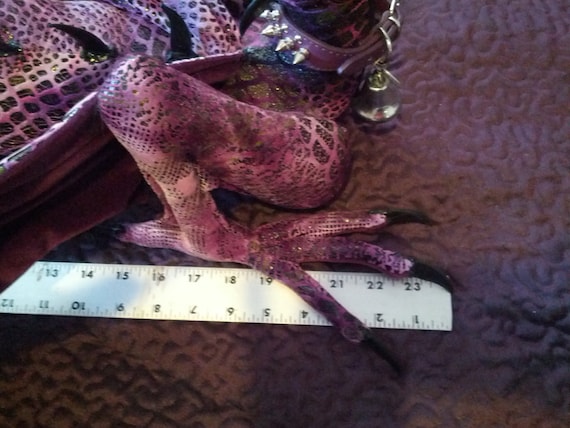 I used faux bear claws for his claws, and along his back spine – I also found that even plastic bear claws are sharp and leave scratch marks. I gave him a dragon manicure, and filed down the really deadly tips.

Sadly the joints I used to attach the arms and legs are not allowing him to stand under his own weight-
I have acquired new Teddy Bear type joints to use…with wooden discs, washers and cotter pins. Hopefully these will enable him to stand.

But he will need to be opened up and the new joints installed.  Until I find time to preform hip and shoulder replacement dragon surgery – he will be content to guard the bed in the guest room for me.  I will  redo his joints sometime in the future.

He is huge and very heavy! Next time I make one I will need to use a less Lycra (stretchy) fabric. 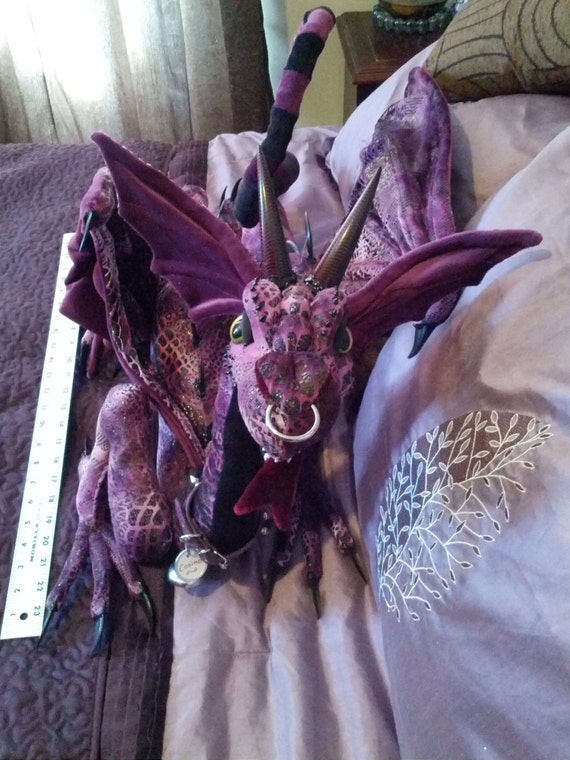 It has been a long learning experience, and I have enjoyed the creative challenge, although I am beginning to understand how Dr. Frankenstein must have felt.

Comments Off on Cosimo is 99.9% finished!

Posted on March 6, 2014 by Sherry Laskey | Comments Off on Komodo update

I have sculpted his face, open mouth with a forked tongue and a nose ring.  Cosimo’s new horns were Jewelery findings at the craft store they are wooden, and had a loop on the end to make sewing and gluing them in place much easier.  The pic below shows the horns being held in place by some pins waiting for the glue is dry. 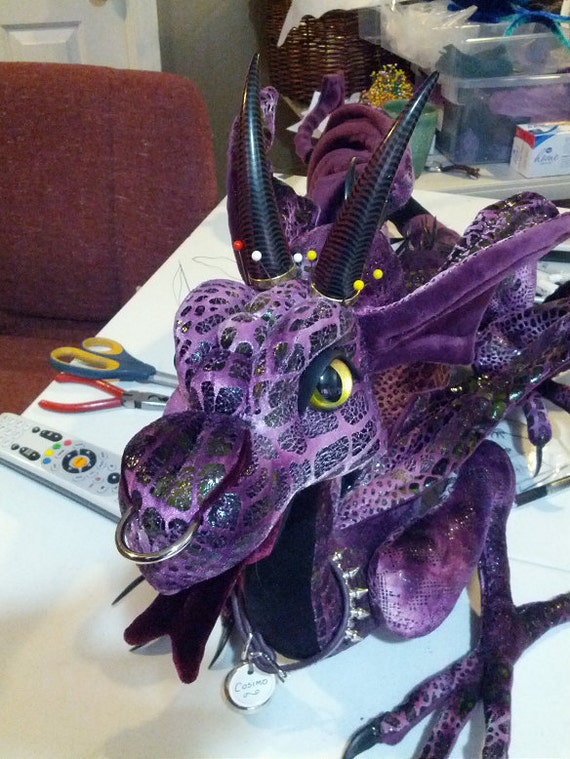 I love his matching spiked collar… 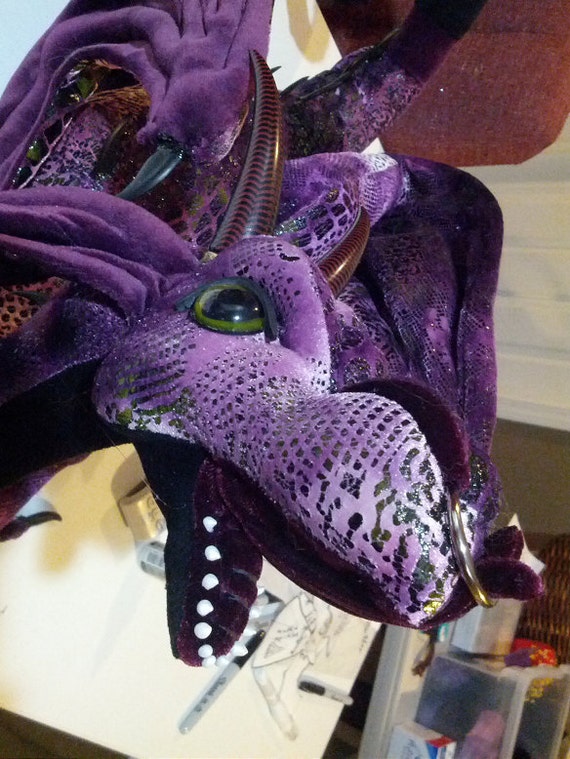 Base of his teeth

All his teeth will be from texture paint, it’s like frosting /decorating a cake – but no licking your fingers.  It will take several layers to build them up, and I will do both the upper and lower jaws.  I had thought of sewing shell beads for teeth but they would have been hard to keep upright. 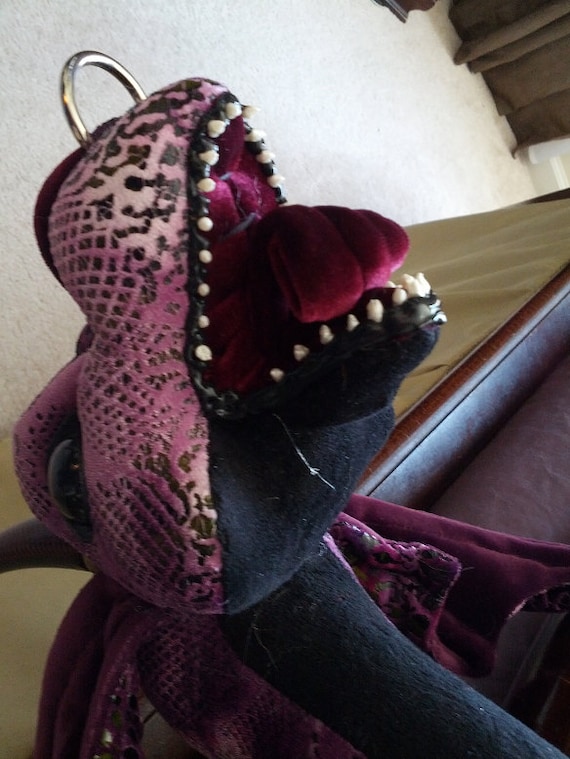 Once the teeth were dry, I used a black texture paint to make a gum line ( this will hopefully stop any tooth loss). One more round of teeth painting to go…

Comments Off on Komodo update